Posted on September 30, 2020 By Ballymack in Uncategorized

Posted on July 14, 2020 By Ballymack in Uncategorized

Posted on June 6, 2020 By Ballymack in Uncategorized

Its been a longer process than anticipated but Nuno and the fellas at Ocean Metal have done a great job on the the mothership and her tender.

The windlasses work as planned so it makes things alot easier to launch/ stow the tender.  This upcoming week will include fitting the D400 wind generator on its post (top of radar arch) ,as well as the solar panels so we should be ready to enjoy Ballymack this summer. 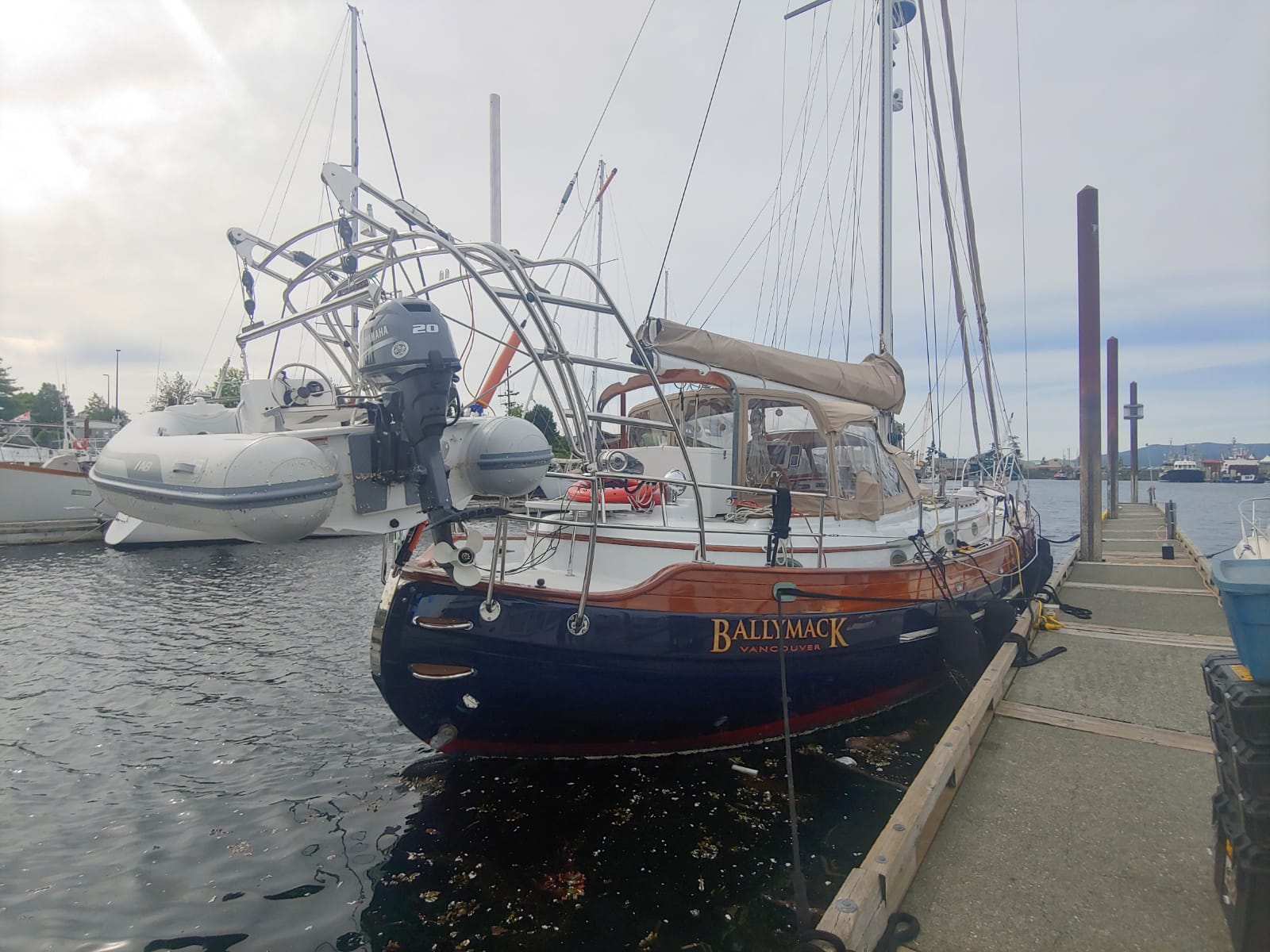 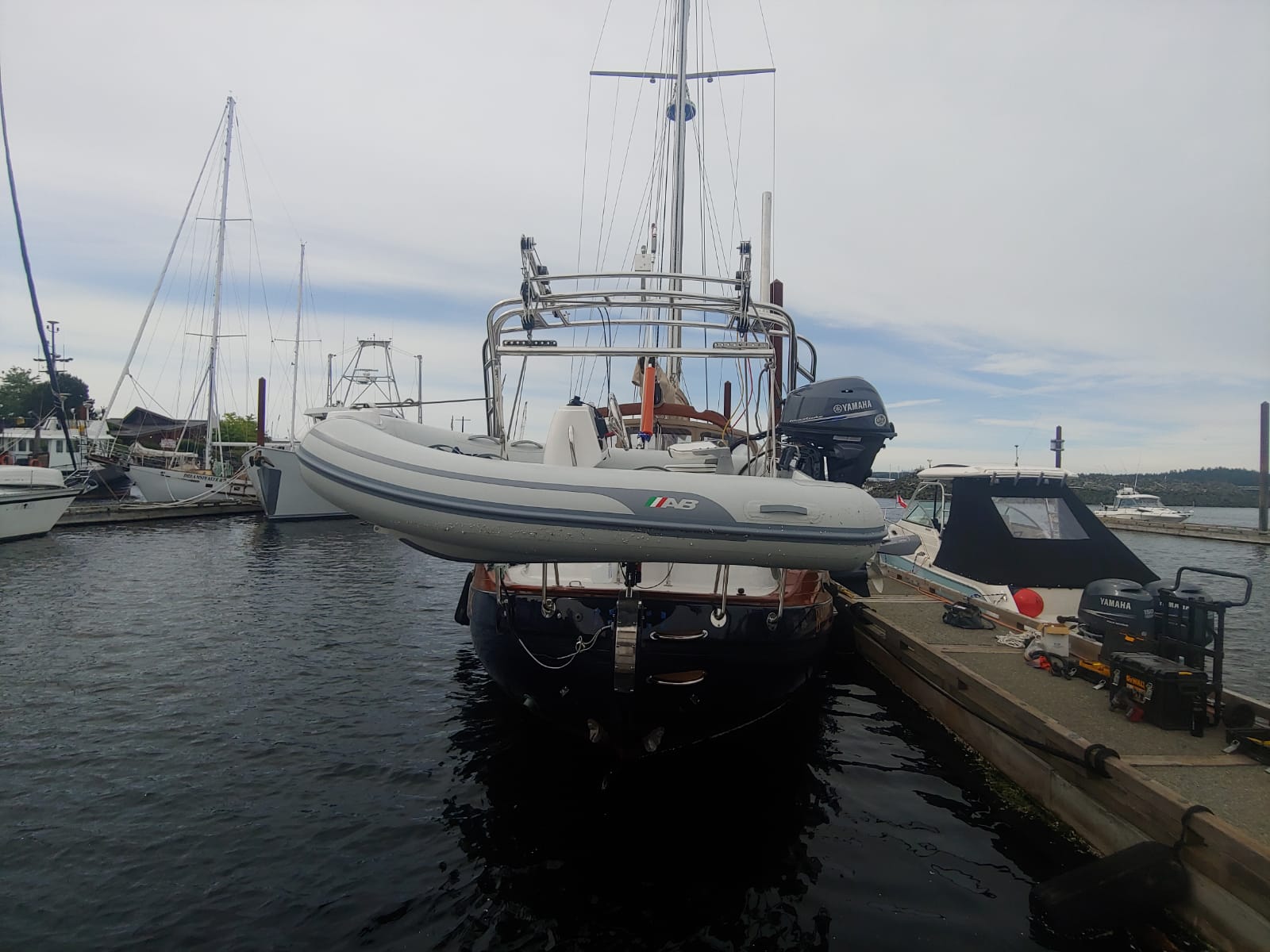 Posted on November 24, 2019 By Ballymack in Uncategorized

We really needed to go back to the drawing board with the davits for Ballymack. Our AB 12 ft nautilus DLX with a Yamaha 40 hp engine weighs approx 950 lbs wet. The old davit system just couldn’t take that kind of weight and I really wasnt looking forward to taking off the engine everytime we wanted to stow the tender or having to lower it to the tender before going to shore.

So, Nuno from Ocean Metals has designed a nice radar arch  with hinged davit arms that will be able to take the full weight of the new tender. We are going to mount two electric Lewmar 700 windlass’ on the arch ( placement TBD), that will make everything very manageable when lowering/ stowing the dingy.

Below is a picture of the radar arch partially completed. The will also eventually be purchasing a tracphone V3 HTS which will be mounted along the longitudinal center of  the radar arch.  Hopefully the davit project will be complete before Dec 12. 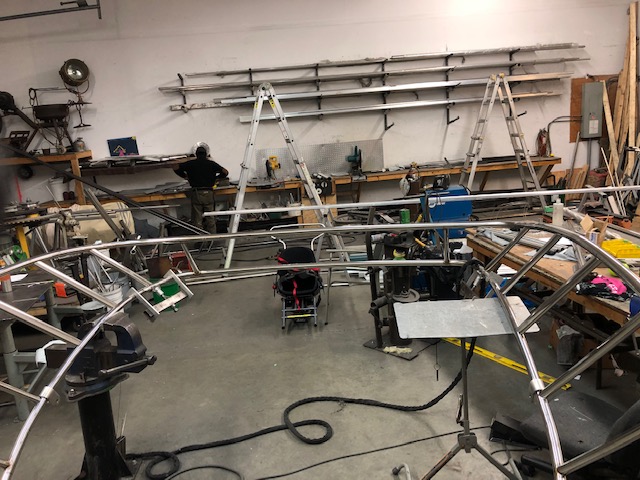 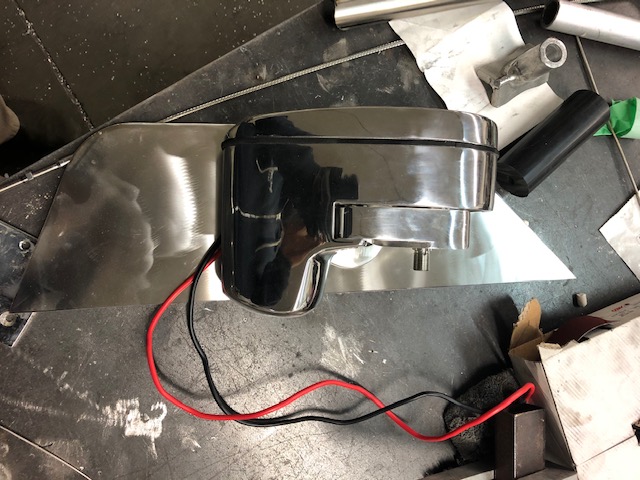 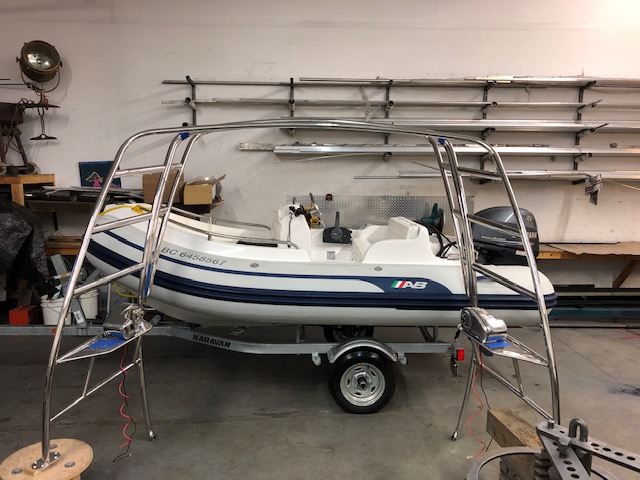 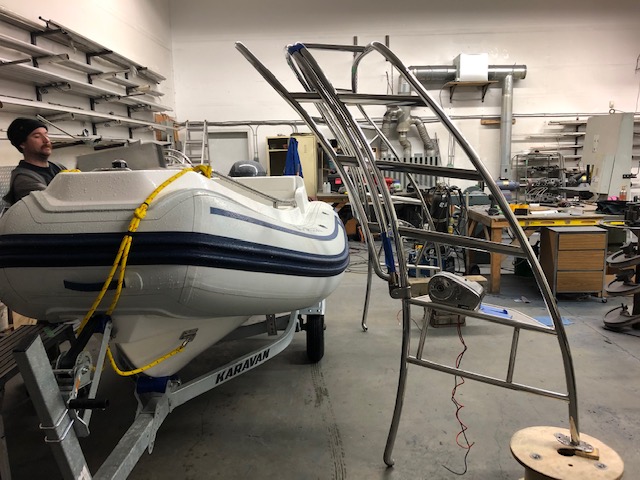 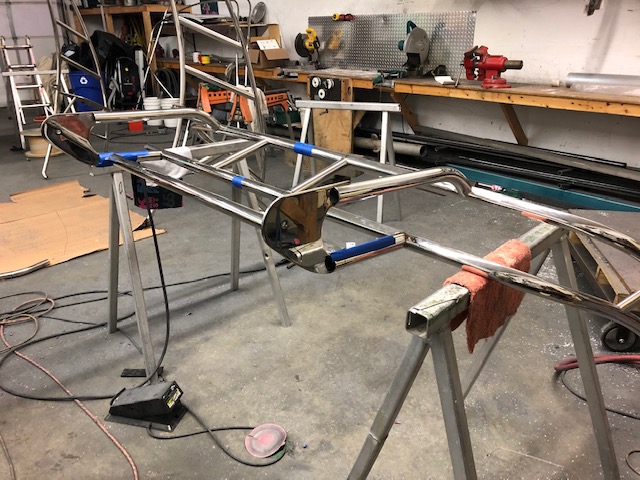 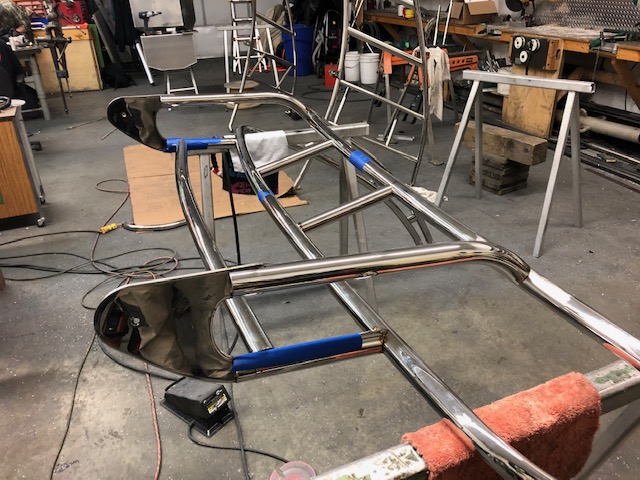 Fitting the davits to the arch

Back in her Slip after Fall Maintenance

Posted on October 8, 2019 By Ballymack in Uncategorized

We had some important items looked after for Ballymack’s fall maintenance: 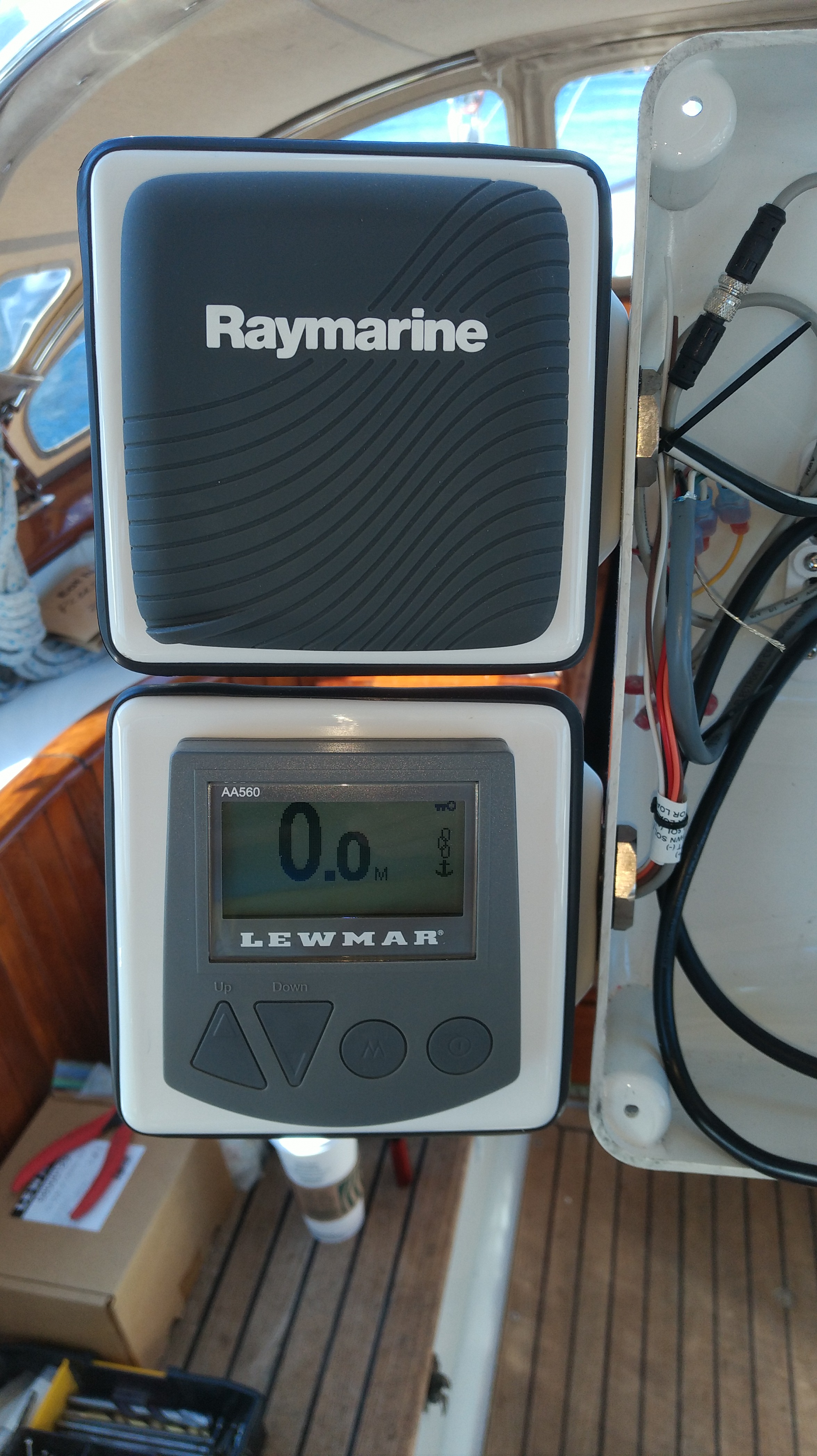 Posted on August 31, 2019 By Ballymack in Uncategorized

Posted on August 30, 2019 By Ballymack in Uncategorized

We had the chance to take Ballymack out for a few days and the weather was incredible. Light winds from the Northwest allowed anchorage in bays that are normally open to the more prevalent south easterlies that frequent the PNW.

We spent a few days in Tribune bay, Hornby Island. The island is unique geologically  and some might say culturally as well. The folks living full time on the island have a very strong sense of community which I must say, is nice to see in this crazy world. There are estimates that the full time residents number 1000 and this number swells in the 2 summer  months to approximately 10,000.

Each evening was a treat as the sun retreated from the sky. The colours seemed to become more vibrant as she dipped towards the horizon, and then, with what seemed to be a final burst of colour, she relinquished her place above to the grip of night. 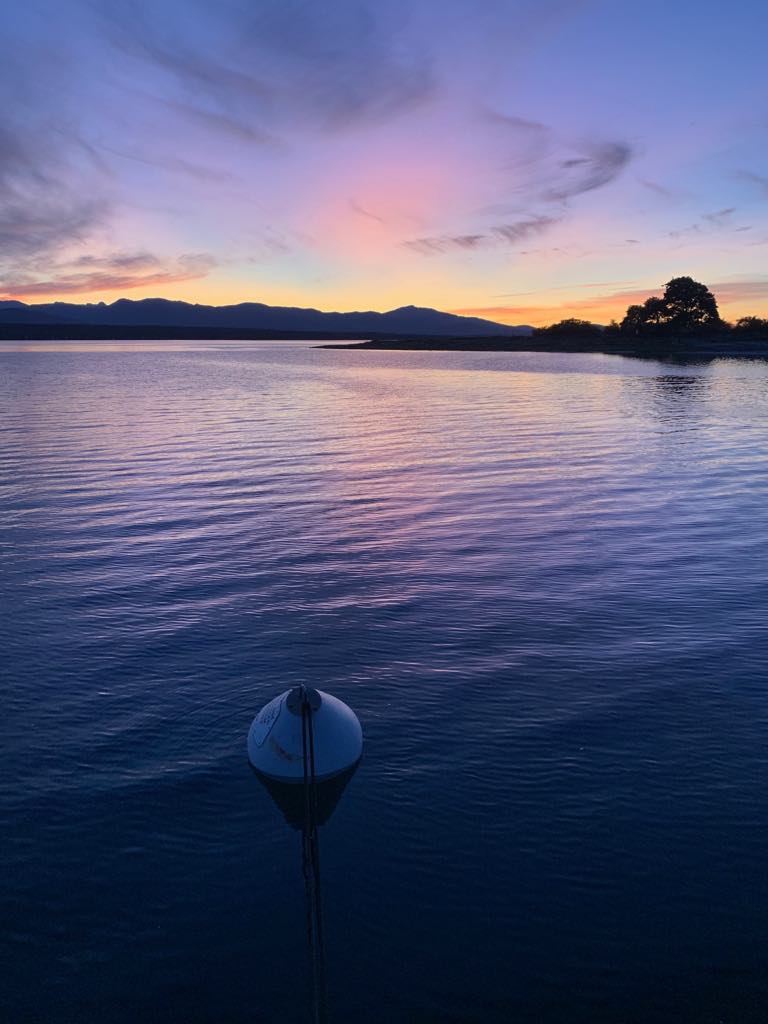 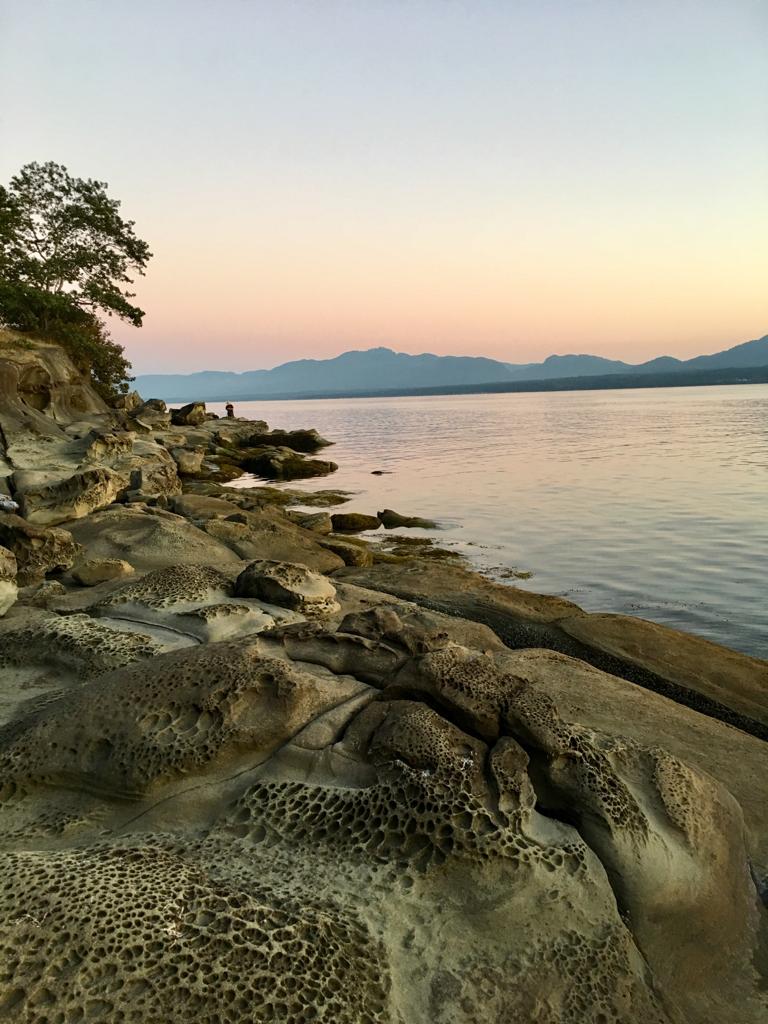 Posted on August 15, 2019 By Ballymack in Uncategorized

Ballymack is a serious offshore cruising vessel no doubt, however, it has been awhile since she has been given a full upgrade on her navigation suite. With this in mind, I set out to bring Ballymack into the 21st century.

Furuno TZTL2 15F MFD at the navigation table below decks.

Furuno TZTL2 12F MFD at the outside helm

Pod and mini pods at outside helm

FLIR- M625L. A fantastic unit that is a great addition for cruising on the coast.

Chain counter/ control at outside helm 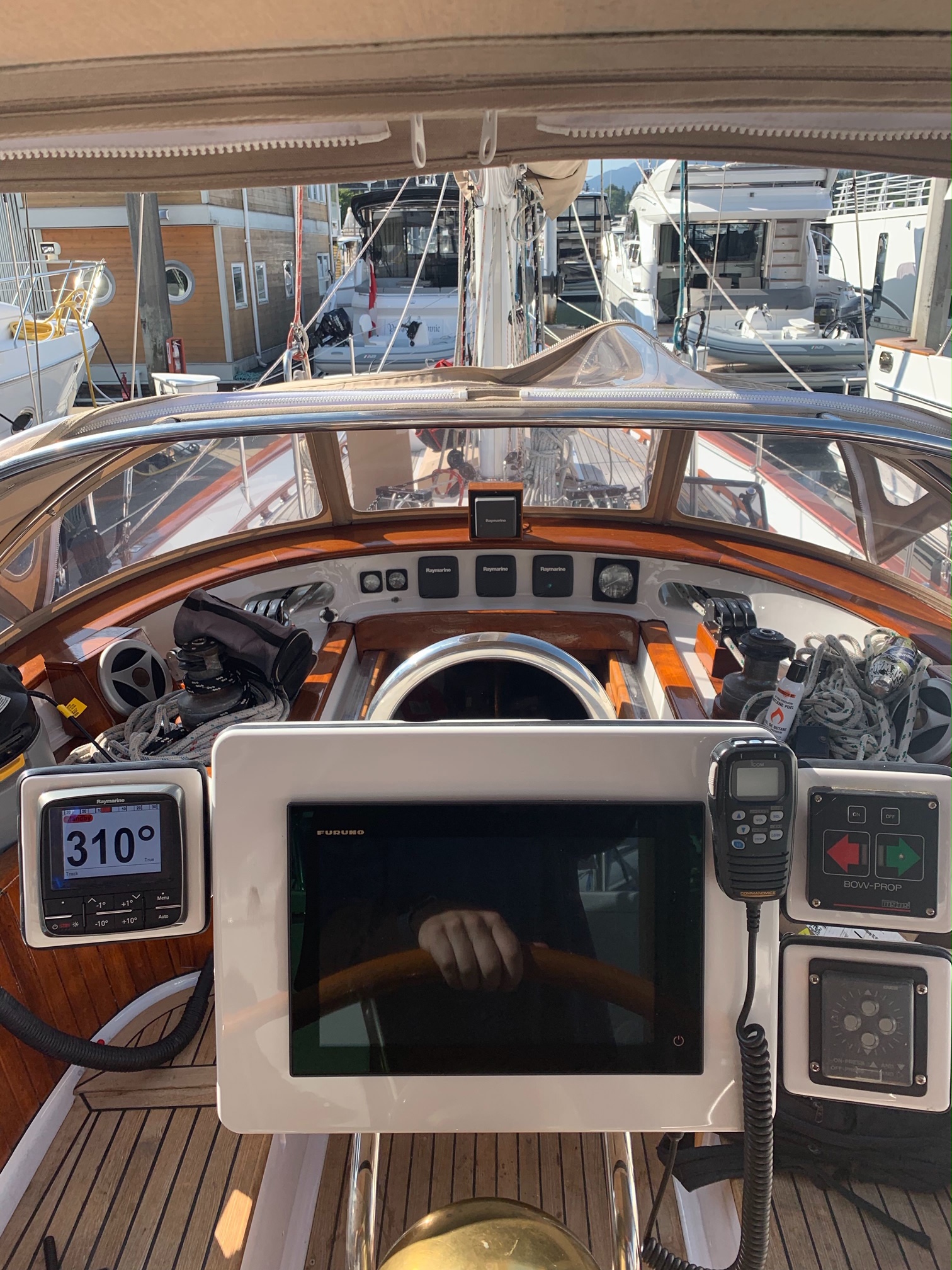 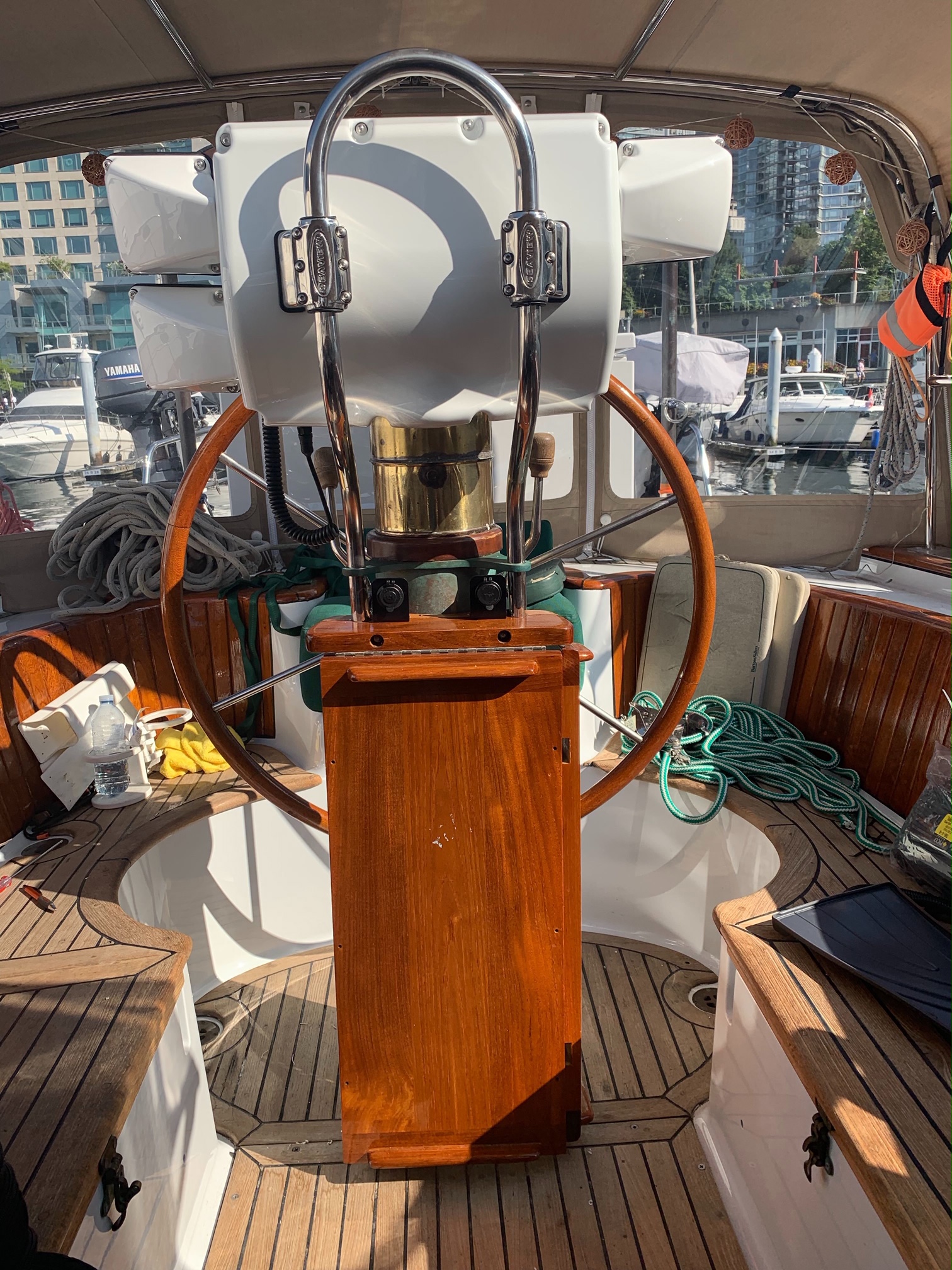 And so it Begins…

Posted on July 3, 2019 By Ballymack in Uncategorized

It ‘s official. We now own Ballymack.

As I write, Denise is on her way to drop the keys to Soul Balladeer with Jim. This has been quite an undertaking but it is no doubt the best way forward for all involved.

Soul Balladeer will be everything Jim is hoping for, I’m sure. Ballymack, is a gorgeous yacht and we are looking forward to hoisting her sails this summer and feeling her run with the wind.

Here is Ballymack on the lift in Mosquito Creek in June.

Posted on July 1, 2019 By Ballymack in Uncategorized

Back in the early 90’s, I fell in love with Hans Christians and eventually secured our first lady, Soul Balladeer in 2012. She is a HC 44 PH and we were the second owners of the little ship. The previous owner had ordered her from the factory and taken delivery in 1980.

These vessels tend to become part of the family and for the next 3 decades the first owners of Soul Balladeer lived out their adventures with her.

It comes to pass , however, that every sailor succumbs to the relentless march of time. It is unnoticeable at first, but through the years using the phrase, “jumping aboard”, seems to no longer adequately describe the event.  There is denial of course, as the love of the adventure overshadows the steady decline of both mistress and mates.

Then, the day seems to suddenly arrive when the clenched hand of ownership begins to ease.

This is a day that was never discussed. Family is forever.

Yet, the unspoken truth is that everyone agrees that it is indeed, time.  Tears are shed when papers are signed as the realization that the last adventure has already transpired pulls at the heart. The consolation that she has been passed to another who appreciates her beauty and strength, softens the blow.

And so, our adventure with Soul Balladeer began.

The years of decline had to be addressed with Soul Balladeer and , over the course of 7 years, she was brought back to strength. Mechanically she became a new little ship and her cosmetics were scheduled for a makeover in the fall of 2019. We had fun times with Soul Balladeer in between the project upgrades. The long term cruising plan was getting closer on the horizon.

Then I met Jim.

Jim is a great person who has a tremendous amount of experience as a maritime engineer. He has been on the ocean for decades and is appreciative of the seaworthiness of Hans Christian yachts. He also is a prolific songwriter.

Jim wanted a pilothouse that could take a heavy sea and one that he could live on while tending to his business venture on the coast. They are hard to find. Initially I was helping Jim find another HC 44ph as ours was not for sale. Eventually, I thought that perhaps Soul Balladeer would be better suited to Jim’s needs, as she is a perfect vessel for the PNW in all seasons. After discussing at length, I agreed to let Soul Balladeer go to her new home with the caveat that I could secure another Hans Christian that showed well and was Canadian registered. I knew there were a few Hans Christians on the BC coast, but to find one in  great condition was a difficult task….or so I thought.

Jim immediately mentioned ” Ballymack”. He had passed her on the dock in Vancouver for years while walking to his slip. She was a beautiful HC 48T he assured me, and so the wheels were set in motion to see if this could all be put together.

It is now the eve of the closing sales of both Soul Balladeer and Ballymack. On July 2, 2019, Jim will begin his adventure with Soul Balladeer and Denise and I, well, we will fall in love all over again with Ballymack. Although the two vessels are built for very different purpose, they are Hans Christians that have been loved in the past and will continue to be in the future.  A heartfelt “thank you” goes out to Mike, the current owner of Ballymack, for maintaining her to the highest standards.

Jim will be taking over Soul Balladeer’s webpage in the next few weeks and I have started putting Ballymack’s blog together.

Next post will be as the new owner of Ballymack… in the meantime, here is a short clip of Ballymack stretching her legs: